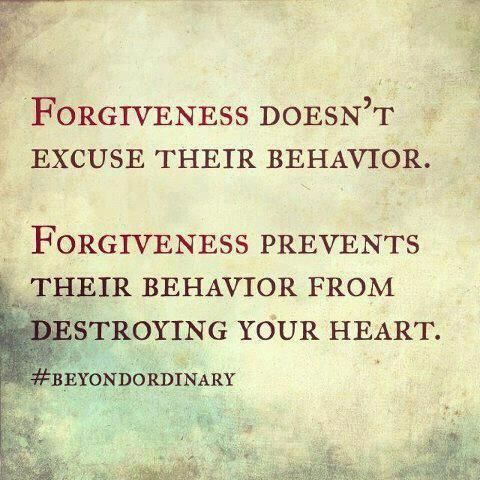 Asking for forgiveness is super hard for many people. It is the epitome of vulnerability.  It means that you have to be super humble, shrink down to your most ego free self and admit that you made a mistake, even if you don’t feel you did.

What makes asking for forgiveness so hard?

What gets so many people in a twist about asking for forgiveness is the very fact that they don’t believe they did anything wrong.  Your intentions and your heart were in the right place, you just misunderstood how your actions might affect the person who’s most important to you.

Also, many people haven’t been taught forgiveness. When your parents made mistakes, they may not have asked you for forgiveness. Or they might have held grudges against one another. For people who haven’t experienced the concept of forgiveness firsthand, or for those who’ve even been punished for admitting they made a mistake, asking forgiveness is definitely not on their radar.

The biggest fear people have about asking for forgiveness from a loved one is that rather than feeling grateful for recognizing an error has been made they instead will blame and shame.

Years ago a couple I’ll refer to as Martha and Sam had an issue with forgiveness. Martha through a 30th birthday party for Sam not long after they got married. Little did she know that Sam wasn’t big on birthdays, but even more than that she didn’t realize he didn’t like big parties with lots of attention.

While Sam managed to suck up his disappointment for the majority of the evening, Martha knew he wasn’t being himself. As soon as the last guest left the party Sam told Martha he doesn’t enjoy birthday parties and to never throw him a birthday party again.

No One Owns Real Estate on Pain!

Martha was super hurt, obviously as she had gone to such efforts to make this a really fun party for him and all of his friends. Not only did she not receive a thank you, but she also got a slap in the face.

Both Sam and Martha were left feeling very raw after this event, that should have been a fun and momentous occasion.

Asking for forgiveness was definitely not on their radar!

Neither of them could come down from their feelings to apologize to the other. Martha felt not only did she not deserve a telling off, but more-over she deserved high praise. Sam felt upset that Martha didn’t know him well enough to know this was not something that would make him happy.

Each felt their pain was greater than the other and neither was willing to admit their actions had caused the other pain. Even though it was unintentionally.

As time work on they stopped enjoying each other’s company because they held a grudge they weren’t willing to let go of.

Letting Go is Essential to Seeing someone else’s pain

It wasn’t until they finally came to therapy that they were willing to see things from a different perspective and willing to let go of their bruised egos and apologize and ask forgiveness from one another.

Once they asked for forgiveness and genuinely were able to understand one another’s perspectives were they willing to let things go and allow one another back into their hearts.

They both endured a lot of unnecessary suffering, however this experience taught them that by taking a step back, seeing their partner’s perspective and letting go they could build their love much better than before.

To check out more on building your love and keeping it alive check out my other blogs, vlogs and podcasts on www.mickilavinpell.co.il