Is Jealousy Stealing your Chance for Love? 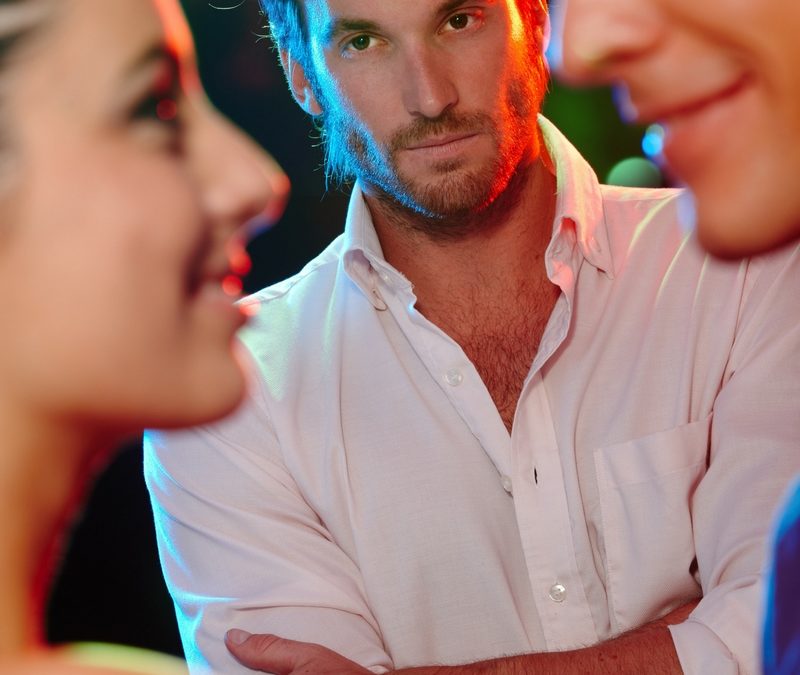 For some of us, jealousy and pain rear its ugly green eyes when we see someone we know jump with joy as they get engaged. We want to feel happy for other people’s joy, but sometimes it sits on our own insecurities. It heightens our fears about not achieving what others have. It makes us wonder whether we can have that too.

Jealousy is the kind of pain I very much relate too. Who hasn’t?

Shirley, a client, admitted to me that jealousy is all too real for her as she’s been dating for nearly 10+years. She’s on every Jewish dating site known to man. She’s not picky when it comes to going on dates (she described the level to which she’s willing to be open to someone new) and she attends lots of events.  She’s out there doing it all!

“So why isn’t it happening for me?” she says. How much do I have to do already to make it happen?

Shirley’s experience with jealousy is far from unique. It’s a painful story I come across regularly…

The thing that’s particularly bothering Shirley, even more than dealing with jealousy and all that she is doing to partner up, is the fact that everyone else seems to find a partner so easily.

What REALLY goes through Shirley’s mind when she sees yet another friend get ENGAGED?

What Shirley’s really saying is, “I’m so scared I’ll be alone forever.”

Some of us go into panic mode as jealousy shoots through us when we see yet another friend get engaged.

For those of us trying to find love for sooooo long,  when we see someone we know get engaged we feel further from rather than closer to finding love.

This is actually counter-intuitive and not helpful thinking. If there’s another guy off the market, then that’s one less guy you have to worry about dating, right?

Shirley, like many others, mistakenly feels that if someone else has him than he must be a good catch.

But if he was really meant for her, what stopped her from seeing him as a viable option before.

The real questions are:

Some of us say we want to marry a nice person, but when that nice person actually comes along, we have doubts. We don’t believe they can really be that great, or we focus on their faults. We do this as a way of protecting ourselves from being with someone who may not be good for us. But in reality it only stops us from seeing possibilities.

We’ve been hurt before and we get scared that the good person will suddenly go bad. Like the others who came before them. So we test them to see how much crap they can take

The one’s with gumption, and self-worth disappear (and rightfully so) to find greener pastures.

Those who don’t value themselves and who are used to being used, taken advantage of or worse being abused, remain. Eventually we see them as weak, lose respect and leave.

Some of us, deep down, really don’t believe that we deserve to be treated that well. or

We tell ourselves the good one will get on our nerves over time. Rather than be able to feel rest assured that being treated well is a good thing, and notice and appreciate this is what we want. And gosh darn it, we deserve it!

Some of us always believe the grass is always greener on someone else’s lawn. Or other people’s toys are better than our own.

For some reason we can’t allow ourselves to believe that when we see a good thing and get it, it’s actually good for us.

There’s something in our make-up that just won’t allow ourselves to be satisfied with Good Enough.  So we wait for perfection, which of course never comes (because it doesn’t exist)!

Frustration and tension builds as we continue on our own.

The trick is to allow ourselves to be open to possibilities without compromising our values, or going against our own better judgement.

In this case Shirley believed there are a finite number of possibilities. The belief there are only a certain number of available men, and that she’s met them all, was locking her into a negative holding pattern.

Through relationship counselling Shirley soon discovered that what lay beneath these feelings was a lack of belief she was entitled to good things. She also needed to know there’s more than enough to go around.

Even though there might be a slight skew in numbers of available men and women in the world, things are constantly changing. People are constantly coming in and out of relationships. Some people take more time to mature than others. Change in the world is constant. And this means that possibilities for love are countless and endless.

The more we allow ourselves to feel worthy and alive, the more connected we feel to our inner selves. This then enables us to feel more confident that when we see someone else’s joy we can participate in it more fully. We can know that just as others can feel joy we can too!

Does jealousy or envy sometimes get in your way of love? I hear you loud and clear…Drop me a line and let me know about it…mlavinpell@gmail.com.